KeePass is a free and open source Pasword Safe.

There are downloads for many different OS: http://keepass.info/download.html

Users trying to run  KeePass from their Work Perimeter and KeePass databases stored at BlackBerry Work Drives, couldn’t open the database. Unfortunately the developer couldn’t help – he had no time to support the code.

That’s where I got a request if I can take a look at this. The good thing on Open Source projects: The sourcecode was available at Github, so i did a fork here: https://github.com/ekke/KeePassForBlackBerry

Soon I found out that the developer constructed path names using some constants and he wasn’t aware that there’s an additional ‘-enterprise’ included if getting pathes from Work Perimeter, so it always failed to open the KeePass database.

I fixed this and pushed back to Github into my fork – perhaps the origin developer will find some time to pull the changes.

Install KeePass on your BES 10

In the meantime I built a deployable BAR file and published this file here to download:

Download the BAR file and install as an internal app on your BES 10. Here I have described HowTo install internal applications.

Publish the APP and your users will get it on their BlackBerry 10 Devices: 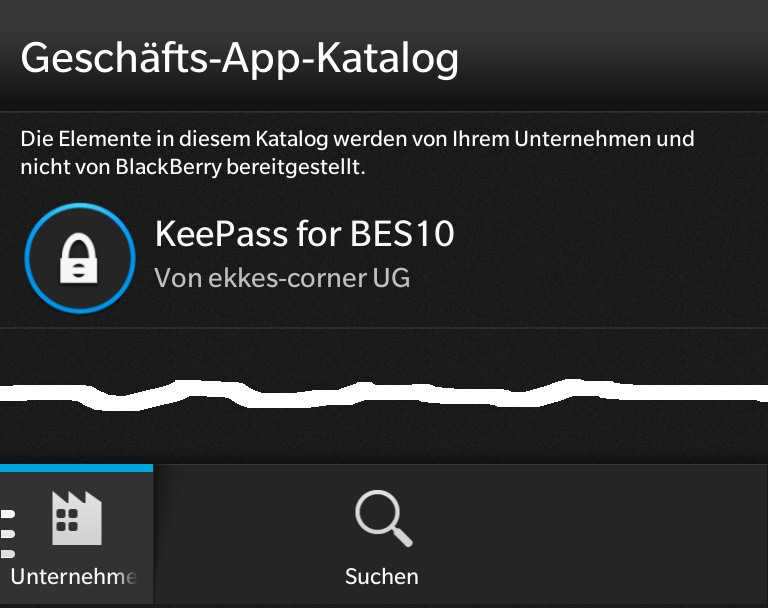 Open KeePass and open your database from BlackBerry Work Drives: 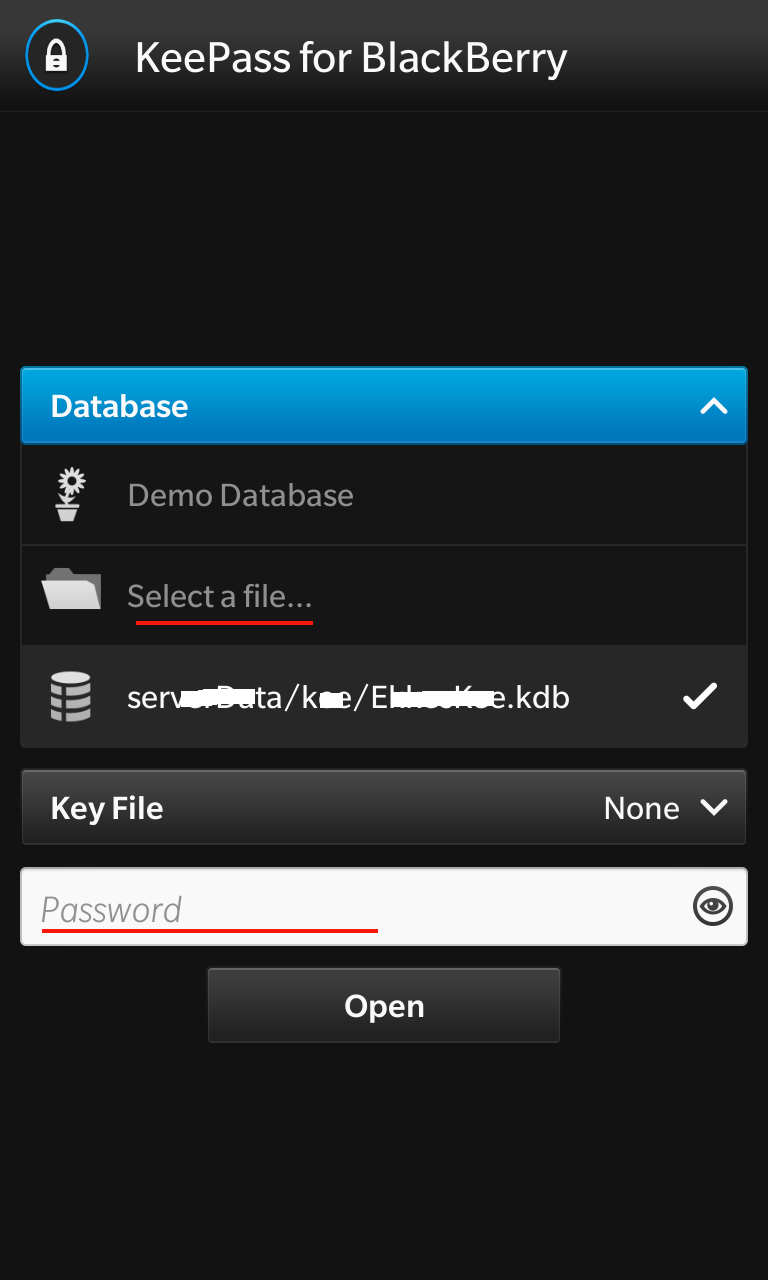 Select your KeePass Database from BlackBerry Work Drive, enter the Password and Open your Database:

Now you have access to your KeePass entries from BlackBerry 10 in Work Perimeter: 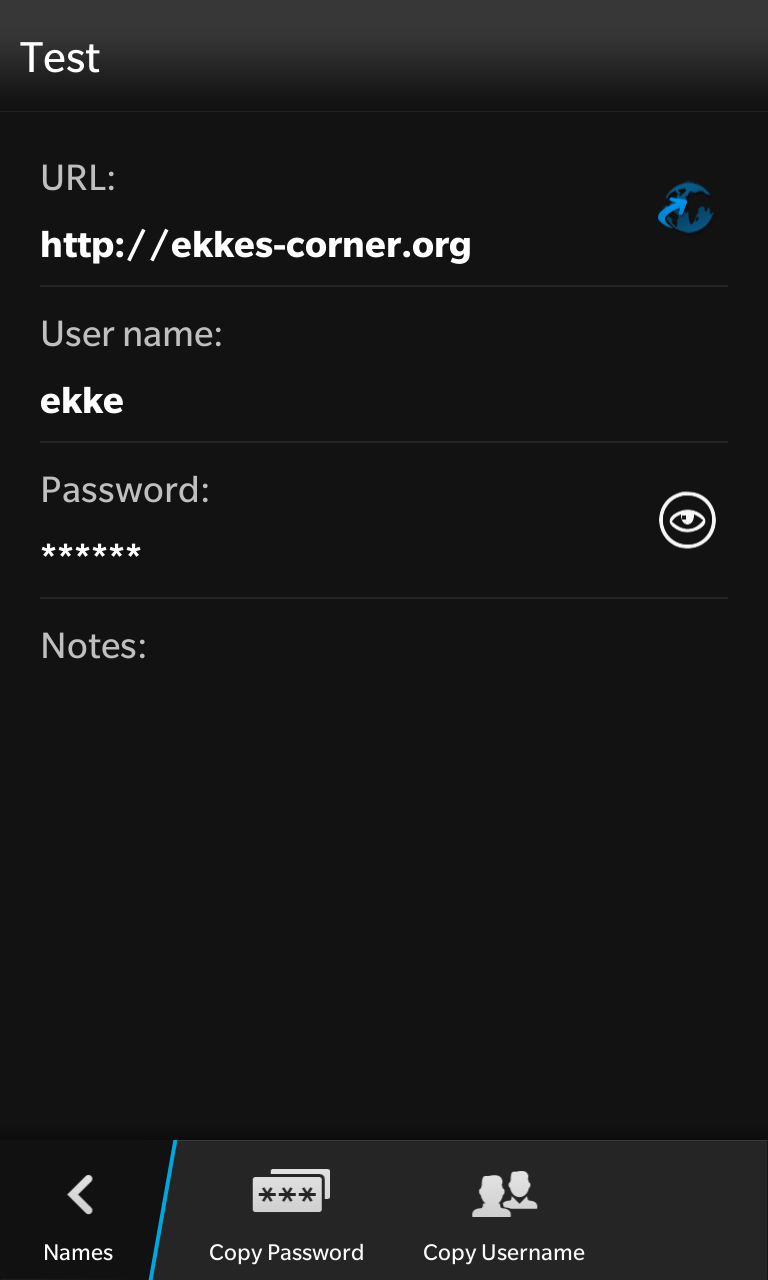 Hint: I’m not the developer of KeePass for BlackBerry – I only fixed a bug 😉