you should already have installed the patch for QTBUG-59026 (RadioButtons Type) if you’re developing Android Apps.

While updating my projects from Qt 5.7 to 5.8 I was running into another show-stopper-bug:

Using the Drawer or Bottom Navigation Bar some color from pressing the buttons down remains after fingers are released. This happens on Android and iOS and the amount of color is different from case to case – sometimes not easy to detect.

Here are some screenshots so you can verify if this happens also in your apps: 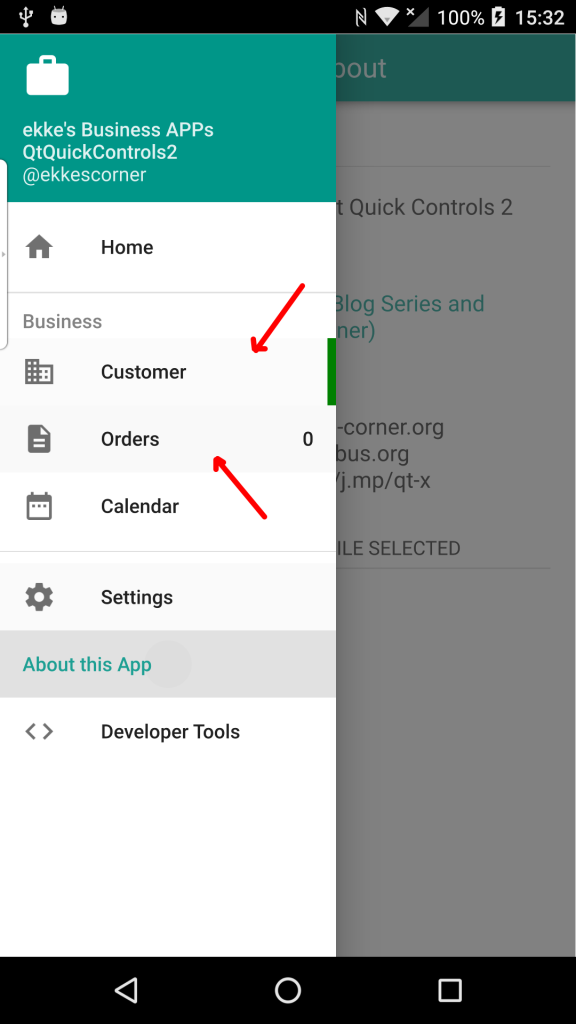 Again @jpnurmi could help and provides a patch.

Hint: this time we must do this for the Android kit and also for the iOS kit.

Open a Terminal and do this to patch your Android Kit.

Attention: I’m using the Android repo I already cloned for the first patch.

Now we’re doing the same for iOS. Create a folder where you want to store the repo. Then:

Hint: ‘make’ can take some time

There are some other ways you only have one repo for Android and iOS – see comments from @jpnurmi at QTBUG-59293.

Now the Ripple Effect is working again inside a Drawer with Qt 5.8 and QtQuickControls2 🙂

One use-case is left where some color remains, but there’s a workaround, so I can go on moving my projects from 5.7 to 5.8

thanks @jpnurmi helping me to make this work.

Be the first to start the conversation!