Why Qt for mobile APP Development ?

As you probably know the last 4 years I mostly developed native BlackBerry 10 apps for business usecases in SMB or Enterprise. Many apps are running as inHouse apps via BES12.

This year next two Android devices will follow: one fulltouch and one with integrated keyboard – both in a lower pricerange as the PRIV. 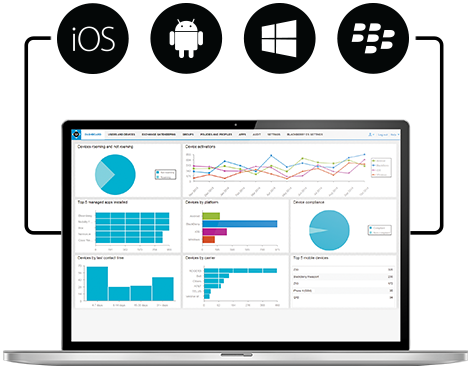 I’m still developing BlackBerry10 apps for customers targeted to BlackBerry only, but on the other side there are more and more usecases and customers looking for x-platform apps in the enterprise.

There’s not THE answer – as always: ‘it depends…’ (There’s a Video from my MobileTechCon session where I explain this in detail)

For me these are the most important requirements:

You can develop nice looking apps, but I’m not a web developer, don’t like mixing HTML and JS and also there’s nothing I can re-use from my existing BB10 Apps. Developing complex apps with HTML5/JS also can end with slower performance.

Do you have knowledge in C# ? Then

might be the best for you, even because Microsoft just Open Sourced Xamarin.

Flutter uses dart and supports Android and iOS from a single codebase, but Flutter is in Alpha at the moment.

Native BB10 apps are based on Qt 4.8/C++/QML(Cascades UI Controls). So what about

Qt exists since more then 20 years and supports many platforms and since some time you also can develop mobile apps.

But in the past there was no out-of-the-box support for mobile UI and Navigation controls, no support of different density etc. You had to implement this by yourself. For me this was a no-go.

This has changed completely with Qt 5.6 🙂

As part of Qt 5.6 there’s a Technical Preview of qt.labs.controls providing all you need for mobile apps: UI and Navigation controls in three different styles: 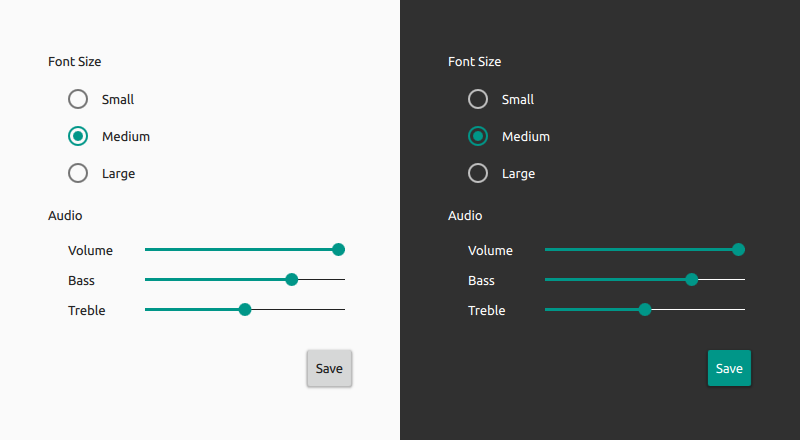 qt.labs.controls will be part of Qt 5.7 – comming out next 3 months – then named QtQuickControls2

QtQuickControls are ligthweight and much more performant as QtQuickControls1 because all the heavy stuff now is done in C++. More infos here.

So now it’s the best time to give Qt a chance.

Wait a moment – what about the license costs ?

Qt is Open Source and dual-licensed – you can also use a commercial license. The use of Qt Open Source isn’t an easy decision for mobile apps – I have summarized it in this article.

But there are good news: Starting with Qt 5.6 there’s a new startup license for Independent Developers and Startups (Intro price 49$/month)

Why not Xamarin – some concepts sound similar ?

Only at the first view. There’s a main difference:

Xamarin is using ONE LANGUAGE (C#) to write mobile apps, but it’s NOT ONE CODEBASE. You still have to write different code for Android and iOS esp. because the underlying UI Controls from native platform are be used. This is good for native-UI/UX, but more work is required and less re-use.

Qt is also ONE LANGUAGE (C++/QML) , but also ONE CODEBASE. For common usecases you have to write Code only once. For some special parts you can execute code from underlying Android Java or iOS ObjectiveC.

For me another plus: I can re-use 80% of C++ business-logic-code from Qt4.8 and also some concepts like SIGNALS/SLOTS for great event handling.

You see – it’s not easy to decide.

My blog series here will give you some hints and an easy path to try it out.

Also the IDE (Qt Creator) works different compared with Eclipse Momentic, Android Studio or Xcode. Needs some time to figure it out. On the other side Qt Creator masters a hard job to support many different targets / OS from Embedded to Mobile and Desktop.

Even if you only developed BlackBerry 10 APPs yet and no experiences with Android or iOS. Don’t Panic !

Since 1998 the KDE Free Qt Foundation guarantees Qt availability for Open Source Development. It’s great to rely on an Open Source framework – you always can take a look how things are implemented.

Not only LGPL 3 is new for Qt 5.7 – also some Tools (Charts, Data Visualization, …) only available for commercial license before will become Open Source, but as GPL 3. Later this year the QML Compiler will also be included into Open Source license.

There’s a Blog describing all these changes in detail: http://blog.qt.io/blog/2016/01/13/new-agreement-with-the-kde-free-qt-foundation/

What does this mean for your mobile APPs ? Can you use the Open Source version of Qt ?

The answer isn’t easy and I’m not a lawyer !

Your own APP can be sold commercial, but the user must be able to replace the Qt Libraries. No one would do this for a mobile APP, but these are the rules which make sense if Qt is used for Device Creation in embedded market.

You can publish your Android APP via Google Play store, if you provide a description HowTo replace the Qt libraries (.so) which means you must provide your APK file together with a recipe HowTo do this.

and here’s the recipe: https://gressie.wordpress.com/2012/06/14/how-to-properly-re-assign-a-signature-to-an-android-apk-file/

So for Android there’s a way, but this won’t work for Apple’s App Store AFAIK.

The story becomes more worse if you’re integrating GPL 3 – licensed tools into your APP. Then your own APP must be GPL 3, so you should ignore these for APPs distributed via Google Play or so.

The story is totally different if your APPs are not distributed via consumer app stores.

I’m developing mobile business apps running in-house in medium-sized companies or enterprises. APPs in this case are distributed via BES12 or similar MDM / EMM solutions. My customers always get the sources, so the Open Source licenses for included Qt libraries can be used without any problems.

As we’ve seen: LGPL 3 and GPL 3 are no easy-to-use licenses for mobile Applications – are there alternate ways to go ?

Yes: Qt is also available with a commercial license and because Qt is available for so many platforms, the license isn’t cheap (around 300 € p.month). This is ok for companies like LG using Qt for their Smart TVs or so but not for the typical moble APP developer. 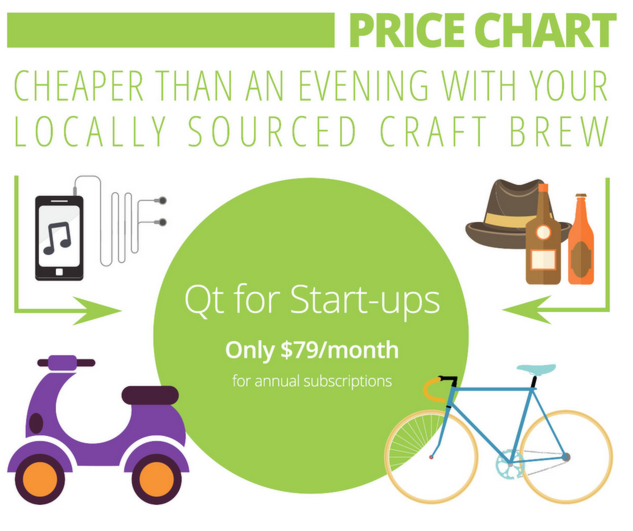 For me this sounds good and enables me to distribute apps without any problems via consumer app stores. Follow these blog series to see how cool it is to develop x-platform mobile APPs with Qt.

My Enterprise customers on the other side will get the complete source projects and can decide if they want to use Commercial or Open Source license for in-house-use.

← Back (Why Qt for Mobile App Development)